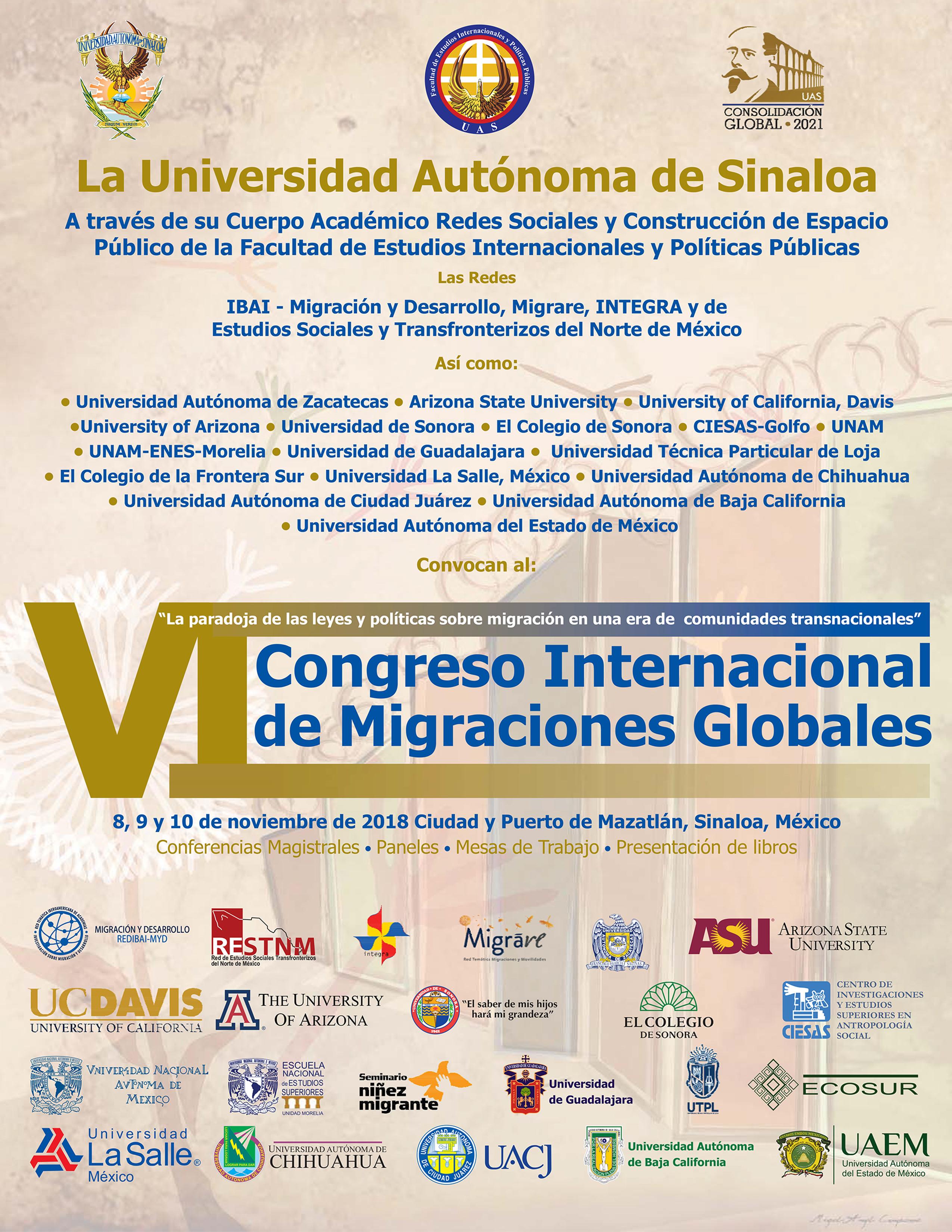 The Autonomous University of Sinaloa

Since 2007, the Faculty of International Studies and Public Policies of the Autonomous University of Sinaloa and various national and international academic institutions have promoted analysis, reflection and discussion on the results of research on global migration, from different perspectives of theoretical methodologies and their empirical results; This has been a constant throughout five editions of the International Congress of Global Migrations, where the most current topics on the study of migration have been addressed. The last edition of this congress, held in November 2017, was titled: "Building new narratives of international migration", researchers and institutions found a space to discuss, discuss and debate on the relevance of traditional narratives of migration before a new context of rising xenophobic and excluding expressions, particularly in places of transit and destination of transnational migration.

In a context where the State is more protectionist, new narratives emerge that explain new ways of observing and investigating migration issues such as official and social violence towards immigrants from many regions of the world, the new challenges of transnational communities, and the challenges that they suppose the laws and the policies that violate the human rights and provoke humanitarian crisis.

To bring together academics and researchers, those who decide public policy and society in general, to reflect and discuss the increasingly evident contradictions that exist between the enactment of laws and the implementation of local and national policies on migration, before a context of humanitarian crisis in transnational communities.