Welcome to ASU’s School of Transborder Studies, the only one of its kind in the United States. As an interdisciplinary school within The College of Liberal Arts and Sciences, we address important and complex topics that focus on the US-Mexico transborder region, as well as the Chicano/a/x and Latino/a/x populations across the US. Our School’s research projects, degree programs, and courses focus on several transborder issues, including migration, health and applied social policy; media and expressive culture; culture, language and learning; and the US and Mexican regional immigration policy and economy.

At the center of expertise and action, we make borders human.

The School of Transborder Studies, the only one of its kind in the United States, promotes academic excellence and social change by developing cutting-edge interdisciplinary knowledge regarding the populations of the U.S.-Mexico transborder space and beyond. We affect social change by developing and nurturing integrated scholarship and teaching, leading to more successful and sustainable transborder communities.

Our current students and alumni are committed to transforming our society and are developing a better understanding of the complexity of contemporary societies in the 21st century. Our mission is to inspire and empower students with an innovative learning experience that prepares them to be agents of change in a challenging environment where cultural, social, political, and economic borders are inevitably crossed by people both within and across communities in the context of a globalized world. 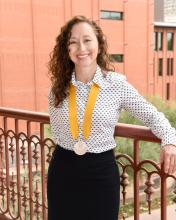 STS Regents Professor Carlos Vélez-Ibáñez was named recipient of the Franz Boas Award for Exemplary Service to Anthropology by the American Anthropological Association for his outstanding contributions to the field of anthropology. Here, he discusses his work that earned him this prestigious award. 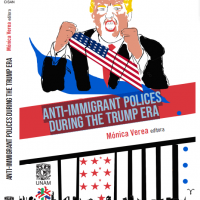 STS director Irasema Coronado and professor Lisa Magaña contributed chapters to "Anti-Immigrant Policies During the Trump Era,” a book edited by Universidad Nacional Autónoma de México professor Mónica Verea Campos that tackles how the Donald Trump leveraged immigration rhetoric during his 2016 campaign and victory.  Dr. Magaña's chapter is titled “The Politics of DACA and Trump: Social Construction and Rhetoric" and Dr. Conronado's is “Me deportaron”: Challenges to Integration/Reintegration in Mexico’s Northern Border". 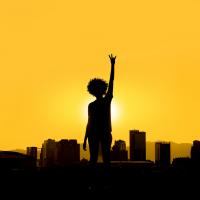 The faculty at the School of Transborder Studies have been heavily involved in research and scholarship related to COVID-19, especially concerning the Latinx community. We have compiled a page dedicated to their efforts during this unprecedented time. 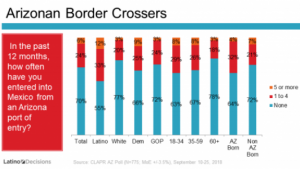 The U.S./Mexican Border: How Often and Why Arizonans Cross Into Mexico

How often and why Arizonans decide to cross into Mexico is often overshadowed by stories of Mexico being an unsafe and crime-ridden place. Yet, the strength of the ties that bind Arizona and Mexico are indisputable as it is estimated that there are over 24 million crossings that take place every year through Nogales, Douglas, San Luis, Sasabe, Lukeville or Naco ports of entry. In this brief report, recent data from the Center for Latina/os and American Politics Research (CLAPR) is examined by STS professors Dr. Francisco Lara-Valencia and Dr. Edward Vargas to better understand who and why Arizonans are crossing into Mexico. 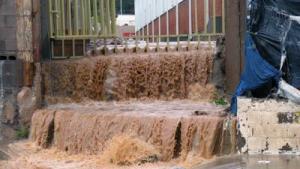 Floods that Know No Bounds

Named for the walnut trees that used to line its banks, the Arroyo de los Nogales, a tributary of the Santa Cruz River, flows from south to north, descending from the high Sonoran desert in Mexico into Arizona. Facing each other across the wall, in the river’s floodplain, are two cities, each named Nogales, that share social and environmental problems—including repeated flooding caused by rapid urbanization, ineffective flood control efforts, and the border wall itself. Gabriel Díaz Montemayor (University of Arkansas) and Francisco Lara-Valencia, an associate professor at the School of Transborder Studies, have a greener vision for these border cities (together called Ambos Nogales), whose streets and arroyos often run brown with sediment and sewage in heavy storms.