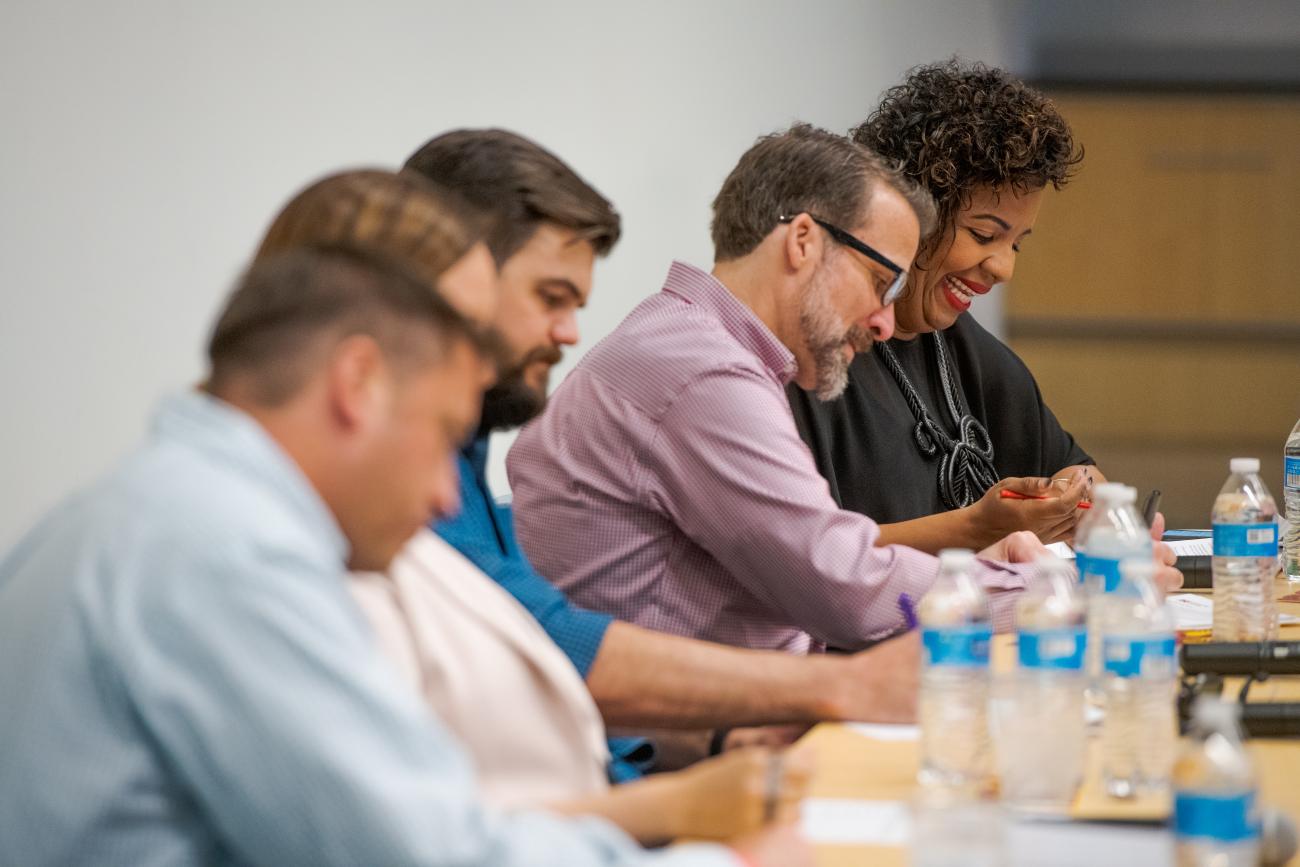 The School of Transborder Studies Advisory Board

The School of Transborder Studies at Arizona State University is the only school in the United States that promotes academic excellence and social change by developing cutting-edge interdisciplinary knowledge regarding the populations of the U.S.-Mexico transborder space and beyond. We effect social change by developing and nurturing integrated scholarship and teaching, leading to more successful and sustainable transborder communities.

Arizona State University has developed a new model for the American research university, creating an institution committed to excellence, access, and impact. The ASU charter provides the beacon for every program, initiative and goal at the university. The School of Transborder Studies strives to exemplify the values and commitment articulated in the ASU Charter:

ASU is a comprehensive public research university, measured not by whom it excludes, but by whom it includes and how they succeed; advancing research and discovery of public value; and assuming fundamental responsibility for the economic, social, cultural and overall health of the communities it serves.

The School of Transborder Studies Advisory Board will consist of business leaders, entrepreneurs, activists, artists, cultural workers and stakeholders from diverse communities who share a common belief that there should be a strong connection between academia and the communities that we serve. Board members serve two-year terms as ambassadors and advisors to advance the School of Transborder Studies’ initiatives.

The School of Transborder Studies Advisory Board is composed of members from the private sector, university, and government. Members are appointed by the Director of the School to a two-year renewable term and agree to allow the use of their name, title, and organizational affiliation on supporting public relations materials. 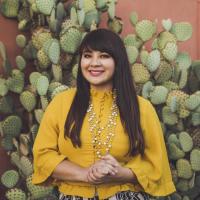 Reyna E. Montoya is the founder and CEO of ALIENTO. She is a social entrepreneur, educator and dancer. Reyna is a DACA recipient and is an alumna of Arizona State University, Grand Canyon University, and Harvard University's Kennedy School of Government.

Montoya was born in Tijuana, Mexico, 15 minutes from the U.S. and Mexico border, and migrated to Arizona in 2003 fleeing violence. Despite the fear, anxiety, and stress of growing undocumented in Arizona and witnessing her dad go through deportation proceedings, Reyna did not lose hope. That is why she took a leap of faith and created Aliento in 2016 after years of organizing and educating both at the local and national levels.

Through youth-led arts + healing workshops, leadership development, and community organizing, Aliento transforms trauma into hope and action for those most impacted by the harms associated with lacking an immigration status. In less than five years, Aliento has touched the lives of over 50,000 people, of which over 20,000 are youth through programs and educated 25,000 voters in Arizona 2020 elections.

Montoya's contributions to the well-being of undocumented, DACA, and mixed-status communities have earned her recognition by the Muhammad Ali Center as the 2018 Humanitarian Recipient for Spirituality, 2017 #NBCLatino20, Fast Company among others. She is also a New Profit and Boulder Fund Award Recipient. She hopes to share her talents and skills with the community to co-create healing spaces, political change, and leadership development for our immigrant youth and undocumented and mixed status families. She was recently awarded Woman of the Year by Valley Leadership. 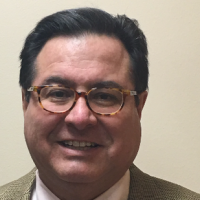 Doctor Ernest Calderón, a native of Morenci, Arizona, and a sixth-generation native of what was the New Mexico Territory, has practiced law in Arizona since 1983. His law practice has ranged from working as a federal judicial law clerk to in-house corporate counsel to partnership with one of Arizona’s most prestigious law firms to his own private practice with a focus on education law. Calderón has served as president of the Arizona board of regents, president of the State Bar of Arizona, president of the Boy Scouts of America (Grand Canyon Council) Valley Leadership chairperson and chair of the Catholic Community Foundation, Diocese of Phoenix.

Six Arizona Governors have appointed Calderón to leadership positions. And on dozens of governors’ and business’ commissions and committees concerning educational matters ranging from pre-kindergarten education through post-graduate university offerings. He served on the Association of Governing Boards for Colleges and Universities lead trustee committee as well as the WestEd educational services and think tank board. In 2012 Calderón was awarded Man of the Year by the Hispanic Chamber of Commerce.

Calderón  received a bachelor’s degree from Northern Arizona University in Political Science, in 1979, a Juris Doctor from the University of Arizona’s College of Law, in 1982, and a doctorate in Organizational Change and Educational Leadership from the Rossier School of Education at the University of Southern California, in 2020. As a lifelong learner his passion for expanded education is his hallmark. 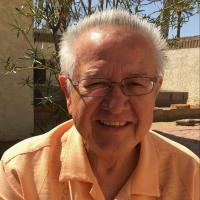 Miguel Montiel is Motorola Presidential Professor and professor emeritus in the School of Transborder Studies at Arizona State University. He received his doctorate in social work from the University of California, Berkeley, in 1974. Immediately following his time in Berkeley, Montiel came to ASU, where he held assignments in social work, Barrett Honors College, the Hispanic Research Center and public affairs. In the 1980s, he served as assistant vice president for academic affairs.

Montiel chaired the Human Services Commission for the City of Phoenix, served on the board of the Arizona Center for Public Policy and as a member of the Arizona Judicial Council.

Montiel is co-author of Debatable Diversity: Critical Dialogues on Change in American Universities (Rowman & Littlefield, 1998), and Resolana: Emerging Chicano Dialogues on Community and Globalization (UAP, 2009). His work has been published in several journals including El Grito, Social Work, Journal of Contemporary Social Work, Journal of Parks and Recreation Administration, Social Work Education Reporter, and Desastres y Sociedad. He has edited and written reports on Hispanic families and health issues such as diabetes and drug use, commissioned by organizations such as the National Coalition of Hispanic Mental Health and Human Services, the Arizona Department of Health Services, and the Western Interstate Commission for Higher Education. Montiel also co-authored World of Our Mothers: Mexican Revolution-Era Immigrants and Their Stories with his wife, Yvonne de la Torre Montiel. World of Our Mothers: Mexican Revolution-Era Immigrants and Their Stories shares stories of women who immigrated to the U.S. during the era of the 1910 Mexican Revolution. 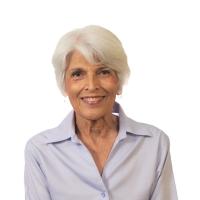 Yvonne de la Torre Montiel is a fourth generation Arizonan who grew up in South Phoenix. Over the course of 70 years she saw development and business changing the South Phoenix community. De la Torre Montiel earned three degrees from Arizona State University, including a bachelor’s degree in secondary education, in 1969, a master’s degree in education with an emphasis on special education as well as a doctorate. She also received a teaching certificate from University of California, Berkeley. She is a faculty emeritus at South Mountain Community College in Phoenix, Arizona, where she co-founded the Dynamic Learning Teacher Education Transfer Program. This is a systemic reform model in the preparation of teachers, designed to prepare future teachers to transform inner city schools.

De la Torre Montiel developed and administered educational programs for youth through partnerships with colleges, universities, churches, schools and families. She served as education coordinator at Valle del Sol, a nonprofit community-based organization in Phoenix that seeks to inspire positive change by investing in health and human services and by building the next generation of Latino and diverse leaders.